The 2009 ADB Awards were held in Doltone House, Darling Island Wharf in Pyrmont on Friday 13th November. This was the third year of the awards, and again, I had the privilege of attending. It is a great night, to honour the hero's of the dirt bike world and see them dressed in something other than nylons and a helmet. Dirt bike greats, both passed and present are on hand to accept awards, and relive magic moments to entertain the audience.

The awards were hosted by Greg Rust, with help from ADB Editor Sam MacLauchlan, and ADB consultant, Andy Wigan. It was a great opportunity to hear inspiring words from riders such as Chad Reed who now puts something back into the sport, by creating the Super X series.

After the formalities, I had the chance to rub shoulders and share a drink with Australia's best riders. With names like Glenn Kearney, Stefan Merriman, Josh Strang and Todd Smith in the room, you can be sure there was plenty of bike related chat going on. I can't wait till next year. 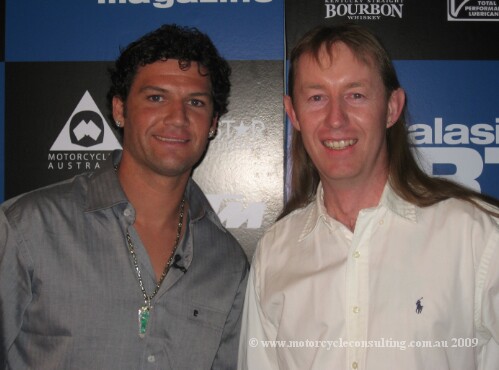